After completing Javi, it seemed the 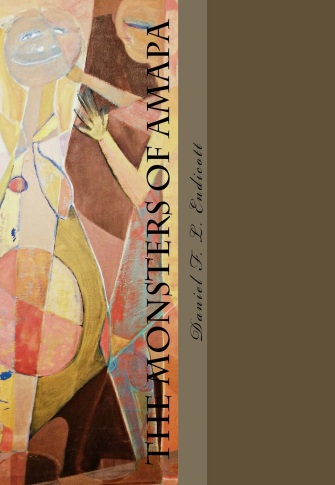 long-form process wasn’t as daunting as expected, and ideas that got left on the table were still rattling within the cranium.  Those ideas derailed the second story in a row, this time because they became a – subtle – concentration, ideas played upon as the character of Brian Dawson becomes the force to fight the Nyeble: Which – the story never got around to.

Rising from a troubled youth, Brian forged a respectable if unremarkable life. But circumstances and a brewing workplace malevolence brought his conduct to the forefront and his employer’s direct intervention – a move that slammed closed doors he’d struggled through, but ultimately, opened up new worlds.

I imagined this was the most amazing narrative ever put to word, when it was written, a masterpiece that I could hang my hat on.  A time, later, I understood it was one of the most appallingly bad narratives ever put to word and some of it was outright embarrassing.

All the ideas of Brian wafting back and forth between Detroit and the forest of Amapa, the reaction that people had on encountering the family, the demonstration Brian displayed on the streets of Paris as they moved to interrupt the leaders of the world who were gathered – the incident that took place at the UN: All of that was supposed to be the story. There was back and forth as Brian tried to warn the planet of their existential danger, and of the program Terrence was running for the army – then on his own.  But, Monsters didn’t get to that.  All the early experiences on Earth are only fleetingly discussed in later installments.

It was not only because of the focus on Brian’s treatment, it was as much because as it was being written, the ideas seemed unrealistic – a farcical thought considering the ideas kept in the story.

But Brian’s treatment was the focus, and as a focus, it became intriguing to consider ideas in contrast to his predicament – consider what it’s like on the other side of society.  That brought about twisting through the waves, following the erstwhile child of a power-broker in the city. It was also, after several reviews of Monsters, an exercise in dialogue, in making it less obtuse – small gains, perhaps.  T3w is a fun story with only a bit of anxiety, and one of the more positive stories I’ve written.

Twisting through the waves is a follow up, and in some ways, a counterpoint to some of the ideas considered in Monsters of Amapa. It takes place in parallel time, following a very incidental figure with whom Brian briefly crosses paths:

A peculiar, chance meeting changes the course of many lives, leading those affected to consider whether there is an underlying magic in the universe, or fates that guide through trials, toward the path destined to travel: As if there is a force about – something that is watching; gently guiding. It is a thing not noticed without careful attention. It is faultlessly subtle.

Though the changes that occur are significant to those affected, it is the seemingly insignificant interactions that take place that become critical to what transpires in the future.

While the principal protagonist was brought into existence for it, his partner in crime came from a story sketched shortly after MoA, that carried Monsters forward, following Terrence’ son – a story twisted with another about garbage-picking-up ninjas on 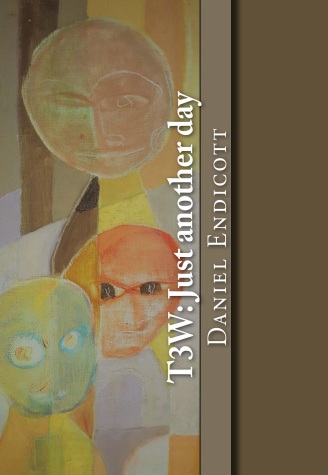 motorcycles.  It was a grim story, and ended on such a sour note that it was shelved.

T3W: Just another day is a short story that I wanted to get to in T3W, but the story was already stretching long and significant threads were cleaved away – to shorten, to focus, and because they added nothing.  Getting to the point where the hijinks of T3W:JAD fit in would have belabored it on and not contributed much, other than getting Reggie his payback and introducing Legendary – several stories with those two that never got told either.

A chapter that never quite fit in — the tie between the Monsters and T3W: Relevant for those diversions, but a stretch to get to from them.

the story of how Kenzie was far more influential in Brian’s experience than he ever knew. At least, for several millienia… And then, of course, the opposite was true – but that gets complicated…

More that was cleaved

There was the diversion of Woulehoos, before any more thought was given to the Monsters of Amapa and the story it was meant to be – re-vived with a three story arc that aimed to explain what Brian was working with, what he and the family became, who was behind it, who they were fighting and for whom Bepa and Nyischlassnyin were under orders.  That is to say, there was an awful lot left out of the story, and the family is largely left out of these – though, they hold a significant role.

Continuing the story started with the Monsters of Amapa, Madeline Oughton agrees to join the same program in which Brian unwittingly became entangled, only to find that it is less an opportunity, than an unbearable obligation.

Terence’ program begins to be revealed as Madeline finds herself with one of his greatest assets, on the wrong side of the equation.

The replacements re-boots the story on an

insignificant, island settlement/plantation, where the most irrelevant people in the universe toil with the sole purpose of curing the preferred snack of those that run the show.  The snacks are not particularly thrilled with the prospect.

Return paints an explanation of the larger universi and begins to explain why things are the way they are.

The escape to gain greater freedom of choice has failed to bring greater freedom in life.
Circumstances that once seemed unbearably intolerable, now come to seem comparatively quaint.
The new circumstances for Maddie and her family are nothing like they had hoped for, and the delicate semblance of order where they live is nearly overturned by their rejection of their hosts’ corrupted principles.
The fallout takes them out of the exchange and underground, where they meet with familiar company – company that is making final preparations for rebellion.
Change – often desired: Most efforts fail with catastrophic totality. Worse – success does not always find it brings change for the better.

Scourge attempts to bring it all together, to

explain what Brian was facing, who was behind everything and what could be done about it: Not many are interested in helping change anything, for a multitude of reasons.

The influence of outside interests continues to effect and guide those that remain at the decimated remains of the Barajanusy colony. The long-standing divisions of the past fray at the fragile unity formed to culminate the fall of the island’s operations, as resources diminish and new ideals are presented, not shared by all.

With little at their disposal for protection and survival, they are left to consider in whose hands to rest their fate and faith – a decision that soon leaves the few survivors outnumbered as they cling and hope to share their vision, as the likelihood of their oppressors’ return becomes ever more apparent. 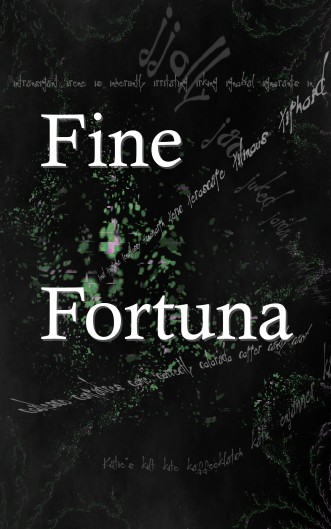 Fine fortuna and TQ-1 were originally an intertwined closer to it all, but the story as sketched was as muddied, awkward and uninspiring as the David Hines/Trash Ninjas derivative and was nearly tossed entirely.

2F untangled after a brief layover at a Subway off I-75 where the cashier was barely checked in enough to hit the buttons on the register and grunt out a couple words.  She seemed like the perfect character for Taylor, and it rattled loose fine fortuna from the mess it was involved in.

The Queen was dead. That hadn’t been a considered possibility – but, she was gone. The news passed in a wave of shock across existence, and all the usual commotion and misgivings fell to silence.

Of course, there’s always someone that’s gonna take advantage of that kind of moment, and nobody mentioned much about it when it started. But the balance began to waver.

The Queen was dead: As balance failed, the full weight of that realization fell, and – realization that a replacement had to be located.

Every decision the Queen had ever made had been sound, until that last one: It didn’t make sense – it left her dead, it left existence out of balance. Worse yet – she left human.

I loved the story and wanted it incorporated somewhere in the narrative, but it never fit. Forcing it with what became TQ-1 didn’t work, 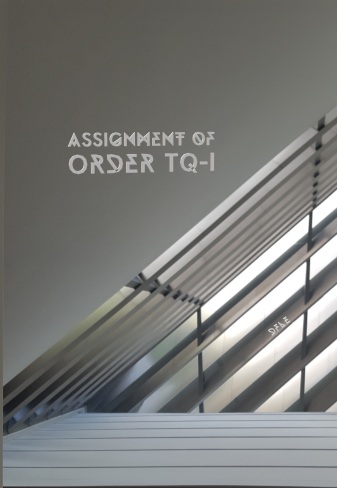 but teasing it away makes it seem somewhat anomalous – apropos, I suppose, considering.  A lot of questions end up answered, and a lot of stories could come of it, should boredom and lack of other inspiration come together.

TQ-1 is the final farewell to Monsters, re-convening all the characters of old, and sending a new generation, under different circumstances, off toward a better future, and a new mission for them all.

Activity on Barajanusy ramps up as the technology brought together rapidly transforms the planet, with focus continuing on defense against the threats known to lurk not far away.

Their hopes to keep a low profile are blown when the family from Amapa is called to push against intrusion, bringing attention to the odd cooperative, that in turn – leading to the revelation of the larger forces that have shaped their fates.

Assignment of order TQ-1 brings the final pieces to The Monsters of Amapa.

The history of Ech was one of the weird, brief tales written as many have been written with the purpose to describe a sandwich. At that, it failed, and is just a brief explanation of a character that arrives in the presence of those on Barajanusy.

Summarily, The monsters of Amapa was supposed to be a single book, yet it took 650,000-and-some words to lay the basics out, and still – the whole thing yet feels rushed.